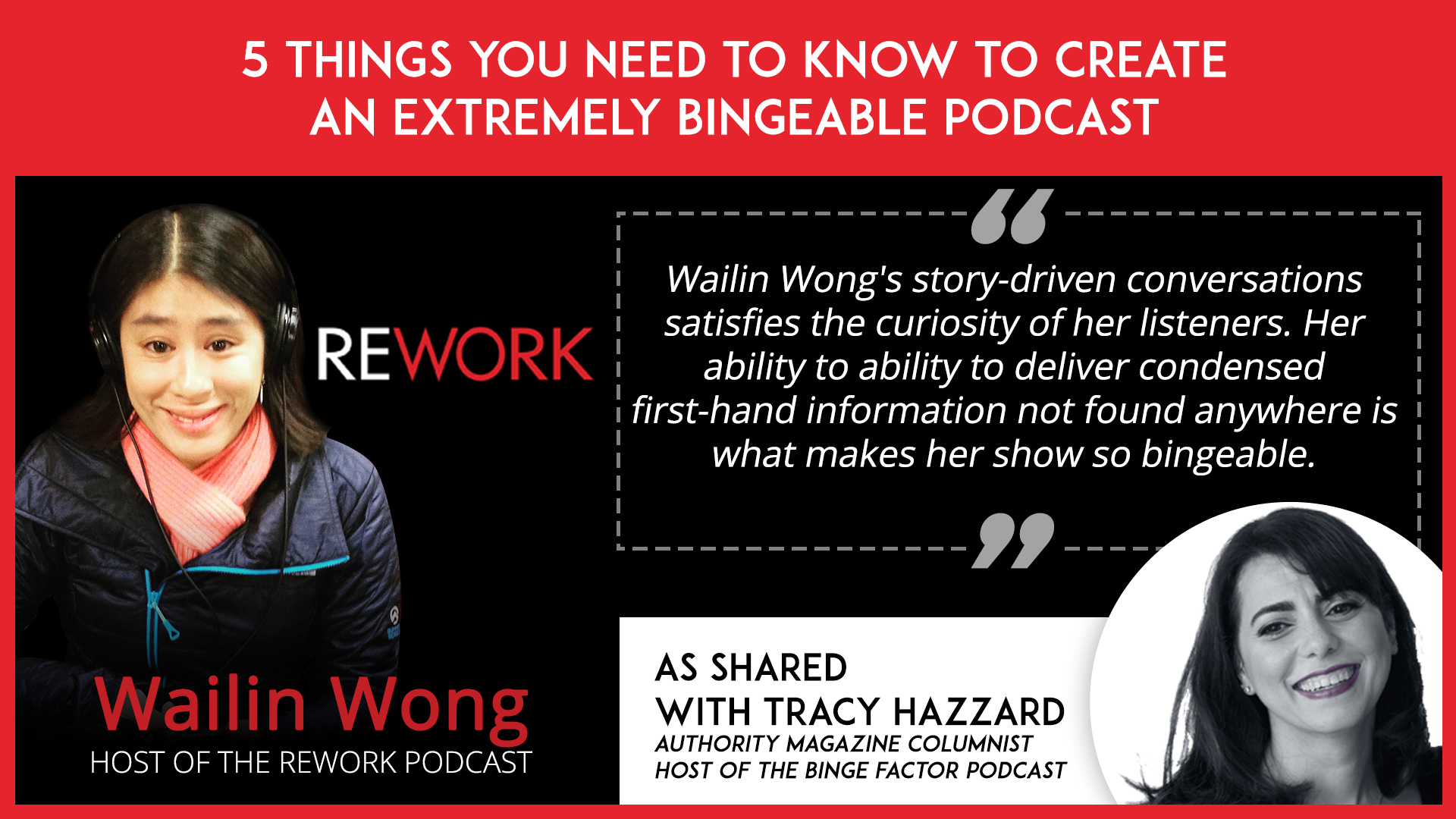 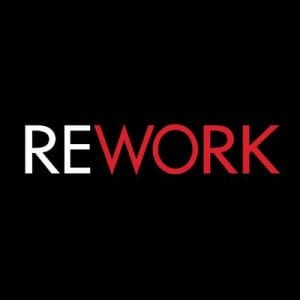 As part of my series of interviews about “How to Become the Center of Influence Through Podcasting”, I had the pleasure of interviewing Wailin Wong. She co-produces and co-hosts the Rework podcast, a show based on the 2010 bestselling book Rework by Jason Fried and David Heinemeier Hansson, the founders of Basecamp. Wailin joined Basecamp in 2013 to launch The Distance, an online publication about long-running businesses. The Distance later became a podcast and ran for over 50 episodes. It was a also finalist in the 2017 Peter Lisagor Awards, which honor the best in Chicago journalism. Wailin was previously a business reporter at the Chicago Tribune for six years. She started her career covering Latin American financial markets at Dow Jones Newswires in Buenos Aires and New York. She’s a graduate of Northwestern University’s Medill School of Journalism.

I was hired at Basecamp (then 37signals) in 2013 to report and write in-depth profiles of long-running businesses for a new online publication called The Distance. After almost a year of publishing one long form written story a month, we decided to experiment with audio. We wanted to see if that would bring in a larger audience. This was around the time Serial’s first season had reached blockbuster levels and helped fuel the current podcast renaissance. We launched The Distance podcast in 2015. Then, in 2017, we stopped production The Distance and started Rework.

I’ve gotten really comfortable with hearing the dulcet tones of my own voice.

Learning my way around the equipment was one of my biggest challenges when I started. In one of my first interviews, I accidentally recorded the audio through the built-in microphones on the recorder instead of with the shotgun mic. It was (uselessly) plugged into the recorder. Other mistakes I made: Turning up the mic too loud to compensate for background noise and blowing out the audio, which could not be “fixed in post” as I’m always requesting of my co-producer, Shaun Hildner (much to his chagrin); forgetting to clear the memory card and running out of storage space mid-interview; forgetting to record room tone; the list goes on! It only takes a couple of soul-destroying moments of realizing you rendered your recording unusable through technical errors to really make you a more careful producer out in the field.

I’ve been doing audio since 2015. Between The Distance and Rework, depending on how you count bonus and multi-part episodes, we’ve aired more than 100 episodes.

In Rework, most of our episodes explore Basecamp principles around work, design, the tech industry, and small business. Jason Fried and David Heiniemeier Hansson, the co-founders of Basecamp, have been writing and speaking publicly for years about growing slow, staying small, rejecting the toxic parts of Silicon Valley culture, respecting your employees’ time and attention, and setting healthy boundaries between work and the rest of life.

Personally, I’ve been seized in the last year or so with an acute anxiety about my relationship with work. I don’t really have any answers. I’m hoping our listeners come along for the conversation and question these internalized notions along with me. Why do we exalt “hustle?” Why do we insist that “if you love what you do, it doesn’t feel like work?” Why are we told that our coworkers are family? Why do I need a personal brand? What aspects of our work could potentially harm others, and what’s our responsibility to each other and the planet?

Also, since we are a “branded podcast,” if listeners wanted to check out Basecamp for their project management and collaboration needs, that would be great too! 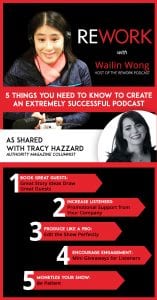 Podcaster Influencer, Wailin Wong of the Rework Podcast shares the best ways to:

1) Book Great Guests. I come from a traditional journalism background. One of the hardest things to learn/teach is how to get good story ideas — which is the whole game, really! And booking great guests is very much in this vein. For me, it comes down to being a voracious and relentlessly curious consumer of information. I find both story ideas and potential interview subjects from reading articles (about all kinds of topics, not just business/tech things), listening to podcasts, following interesting folks on Twitter, asking other people what they’re reading/watching/listening to, etc.

Sometimes I start with an idea for an episode. Then I find interview subjects who will be good fits for that topic. This was how the episode Happy Pacifists came together — I wanted to do something about violent rhetoric in business contexts and came across some researchers who’d studied this. Other times, I build an episode around an interview subject. This was the case with Hiring is Not Hazing, where I’d gotten in touch with Aja Hammerly after some tweets of hers got retweeted into my feed. A great guest is someone who can talk about their experiences in a way that’s honest and compelling in audio form. That is not the same thing as someone who goes on five podcasts a week or has their talking points written out ahead of time, by the way.

2) Increase Listeners. We’re fortunate at Basecamp to have promotional support from both the company (via the Signal v. Noise blog and their Twitter account, which is the lone social media channel left after quitting Facebook and Instagram) and from Jason and David, who have their own formidable followings. We’ve also done some experiments with buying ads on Overcast, the podcast app.

3) Produce in a Professional Way. Professional production comes from just doing the thing consistently and editing, editing, editing. By the time we release an episode, my co-producer, Shaun, and I have been through multiple rounds of listening and edits — sometimes surgical cuts, sometimes wholesale restructurings.

In addition, one very practical thing we do to boost our audio quality is to do tape syncs of remote interviews. We hire local producers to record our guest’s end of the phone conversation, and we sync up their recording with mine during the editing process. We’re fortunate to have the budget to do this. If you can’t hire freelancers for tape syncs, see if your guest can record themselves locally, even if it’s on Quicktime or something similar. It can really make a difference in sound quality.

4) Encourage Engagement. When Jason and David released their latest book, we did a mini giveaway for listeners.

5) Monetize. We don’t monetize Rework, so I don’t have any advice to share there, sorry! As for engagement, we do mailbag episodes a few times a year. It is where Jason and David (and sometimes others from Basecamp) will answer listener questions we collect via email and voicemail. There’s a lot more we could do on this front. But we’re a two-person team. The reality is that a lot of the work that’s not directly related to producing episodes doesn’t get tackled as soon as we’d like.

Fire Up Your Podcast Interview! See How To Let More Unique Influence And Passion Glow With Connie Benjamin Of My Fire Within Radio

Little Stories In Your Show: How to Energize Your Podcast With More You Featuring Lisa Pezik of The Lisa Pezik Show