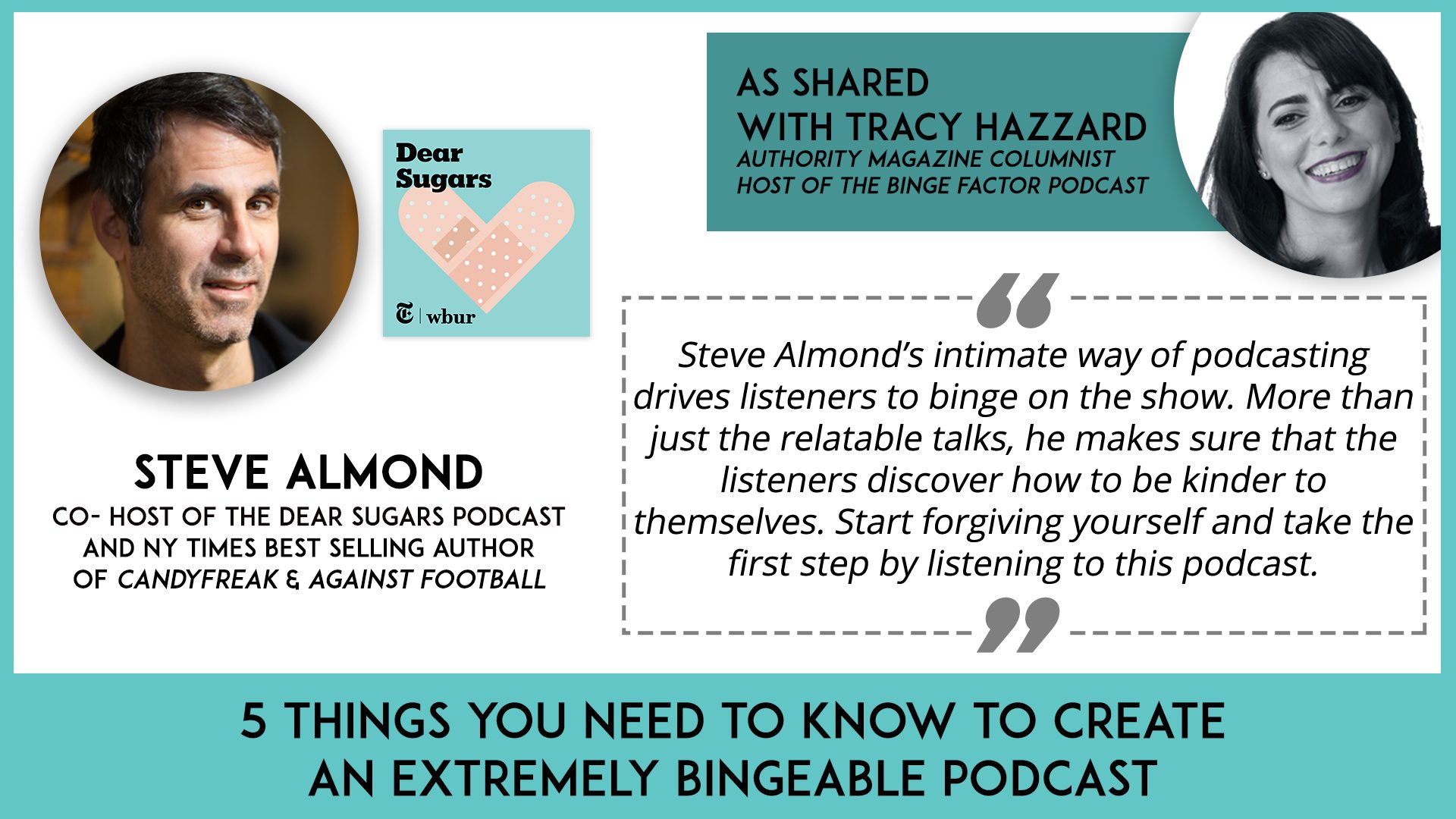 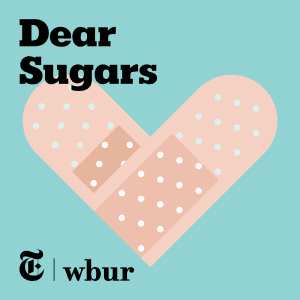 As part of my series of interviews about “How to Become the Center of Influence Through Podcasting”, I had the pleasure of interviewing Steve Almond, the author of 10 books of fiction and non-fiction, including the New York Times bestsellers Candyfreak and Against Football. For four years, he served as co-host, with Cheryl Strayed, of the Dear Sugars podcast. His new book, William Stoner and the Battle for the Inner Life, will be out in June.

I’d been working with Lisa Tobin, a producer at WBUR, to launch a podcast, when she hit upon the idea of having me join forces with my friend, Cheryl Strayed, who took over the online advice column Dear Sugar from me. Cheryl was game, and the moment we got into the studio together it was obvious that our chemistry was off the charts. At the heart of every great podcast is a conversation, and Cheryl and I adore each other, challenge each other, and share a fierce devotion to what we call Radical Empathy.

The coolest of the many cool things to happen during the podcast was that a woman called into our show to propose, in real-time, to her girlfriend. It was simply incredible to be a witness to that event and to know the podcast meant so much to both of them that they would let us in on that part of their lives.

This sounds kind of nuts, but Cheryl and I really didn’t have any idea what the world of podcasting was like, so we didn’t really hold ourselves to any kind of standard. We just love to talk with each other and to bear witness to the struggles of our letter writers. I will say that it took me a while to realize that A LOT of people listened to the podcast.

We recorded shows for four years. I think we recorded about 160 shows.

Our goal was to get folks to forgive themselves enough, to be honest about the struggles in their lives. That’s the easiest way to say it. Be kind to yourself, but also don’t bullshit yourself. 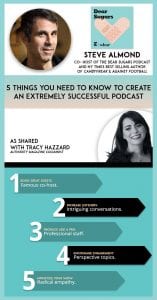 1) Book Great Guests.  It helps to have an internationally famous co-host! Cheryl is so well known, and so beloved, by so many people that she could reach out to folks like Oprah Winfrey and Hillary Clinton and they would actually COME ON THE SHOW! So that’s just luck. But we had a lot of other great guests, such as Esther Perel, the renowned and influential Belgian psychotherapist, and it was a matter of reaching out to them in a professional way and hoping they were intrigued enough to give us a show.

2) Increase Listeners. Honestly, I don’t believe in trying to guess what the audience wants to hear. That’s not how it worked for us. We were more focused on making sure WE were intrigued by the letters we answered, the conversations we wanted to have. You can’t chase the audience. You have to have the conversations you need to have and trust that listeners will tune into your passion.

3) Produce In A Professional Way. We had great support staff who knew what they were doing, originally Lisa Tobin, then a series of producers and editors who were topnotch. They let us just be hosts and focus on the letters and our responses.

4) Encourage Engagement. As I said above, Cheryl and I approached engagement from the perspective of whether WE were captivated by the letters we featured on the podcast, and whether the conversations we had about them were compelling to us. We didn’t chase an audience. What we chased was a compelling conversation between us. And this strategy, counterintuitive though it might be, worked very well for us.

5) Monetize Your Show. Our podcast was successful. It ran for four years ultimately peaking at about 250,000 listeners per weekly episode. Past podcasts are still featured on a weekly basis through WBUR. But, honestly, we weren’t watching the money so much as we were enthralled by our subject matter and our quest to achieve radical empathy.

What makes your podcast binge-listenable? What do you think makes your podcast unique from the others in your category? What do you think is special about you as a host, your guests, or the content itself?
Check out the full interview in Tracy Hazzard’s Authority Magazine Article about Steve Almond!
booking podcast guests creating bingeable content Encouraging Audience Engagement increasing your listeners monetizing your podcast podcasting tips
Share this post