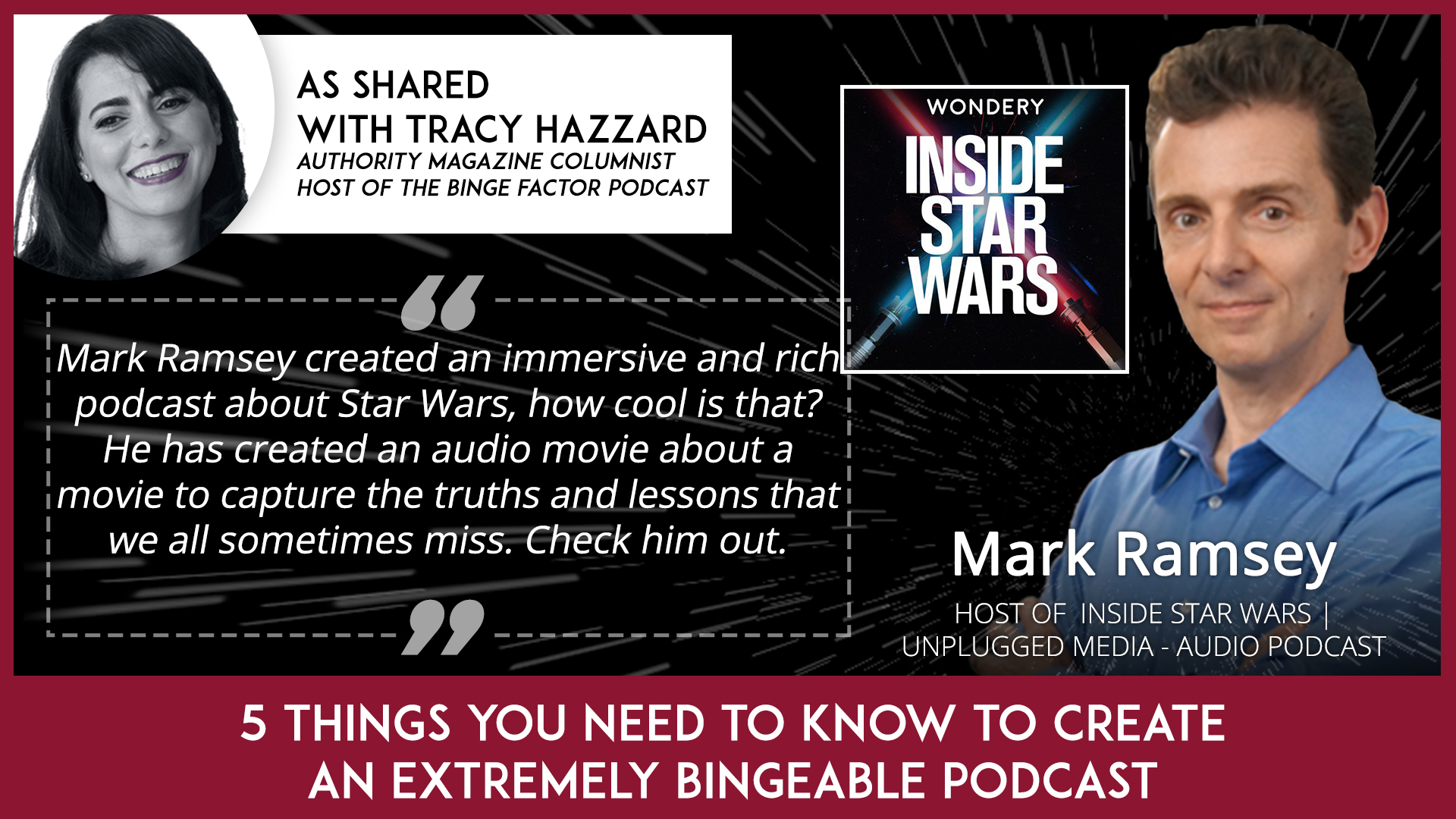 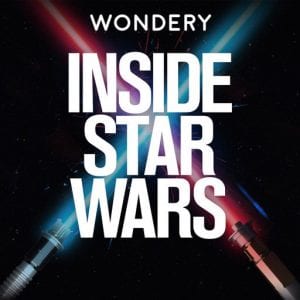 As part of my series of interviews about “How to Become the Center of Influence Through Podcasting,” I had the pleasure of interviewing Mark Ramsey. Ramsey has consulted with and delivered projects for numerous media, publishing, and digital brands over his career, including Apple, iHeartMedia (Clear Channel), Pandora, CBS, Bonneville, Sirius XM, U-T San Diego, EA Sports, and more. His latest podcast Inside Star Wars, produced by Wondery, came out in May of 2019.

Ramsey has authored two radio industry bestsellers, Making Waves: Radio on the Verge and Fresh Air: Marketing Gurus on Radio. His blog at Mark Ramsey Media is among the most popular in audio entertainment and information industry, and he is a popular speaker at radio and related industry events.

Ramsey is a Research Fellow with Coburn Ventures, change consultants to some of the world’s largest companies. He also serves on the board of the Broadcast Film Critics Association, the producers of the Critics’ Choice Movie Awards and Critics’ Choice Television Awards, both broadcast live on A&E.

In 2013, Ramsey created the first-ever audio future festival, hivio, which debuted with more video impressions and social media engagement than all other audio industry events of the year combined.

In 2014, Ramsey launched the audio podcast Media Unplugged with branding authority and celebrated author Tom Asacker. Each episode dissects what’s happening in the media and breaks it down so we can understand what’s really happening beneath all the hype and fury.

In 2016, Ramsey created, wrote, and performed the podcast Inside Psycho for Wondery. It’s a story inspired by the making of the classic movie. It peaked at #8 in iTunes and for weeks held the #1 position in the TV/Film category.

Ramsey has appeared on MSNBC, VH1, and E!

My work in podcasting — creating series like “Inside JAWS” and now “Inside Star Wars” — has led me to projects with creative partners like Ed O’Neil (Modern Family), Reno Wilson (Mike & Molly, Good Girls), Sarah Wayne Callies (Colony, The Walking Dead), and David Harbour (Stranger Things, Hellboy). People are awakening to the ability to tell a story powerfully with sound, and they need help from those of us who have come before and who know the space and it’s quirks. The fact that A-list Hollywood talent is getting interested in the space is a sign of things to come.

Can you share a story about the biggest or funniest mistake you made when you were first starting? What is the lesson that you learned from that?

Well just this week my series “Inside Star Wars” dramatized a scene where Mark Hamill is sleeping on Robert Englund’s couch as he learns about an audition for “the perfect part” in Star Wars. Hamill tweeted that it didn’t happen. Englund has been quoted as saying it did. And here I am in the middle. But one thing’s for sure, Robert’s story is way better than Mark’s. And this is, after all, a movie, not a documentary. So I wouldn’t call it a mistake as much as I’d call it a “collision with conflicting memories.” To quote the great John Ford, “when the legend becomes fact, print the legend.”

My work with Wondery on the Inside series has been going for about three years. We have done several series, including “Inside Psycho,” “Inside The Exorcist,” “Inside JAWS,” and now “Inside Star Wars.” All told there are about three dozen episodes. And that doesn’t count the hundred or so episodes I’ve done for a marketing series called “Media Unplugged” and a series about jazz legend Louis Armstrong starring Reno Wilson AS Louis Armstrong. That was another 6 eps. So all in all more than a hundred episodes.

For “Inside Star Wars,” I want people to ponder the question: What happens when a man with a vision invests 40 years of his life in something magical, and then has to say “goodbye”? What lesson does HE learn then? And how can we all learn from it? I also want people to reflect on the gigantic legacy of Carrie Fisher, the forever Princess who remains an icon especially for women who fight for what’s right against seemingly insurmountable odds. 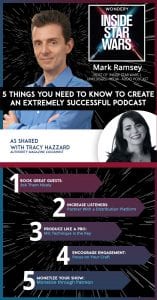 Mark Ramsey of the Inside Star Wars Podcast shares the best ways to:

1) Book Great Guests. Just ask them. Nicely. And remember that there has to be something in it for them. It has to be a win:win.

2) Increase Listeners. Partner with an amazing distribution platform like I did with Wondery. They know how to grow shows because that’s their business.

3) Produce in a Professional Way. It doesn’t have to be “professional,” it just can’t be sloppy. The sound quality has to be great. You have to avoid “popping p’s.” Mic technique is key. But honestly, if you’re looking for best practices on technical proficiency before you’ve decided that you have something worth saying, your cart is squarely positioned before your horse.

4) Encourage Engagement. Listeners generally want to engage with their favorite hosts. But that means you have to earn the position of being “a favorite host.” In other words, focus on your art and craft first. The engagement will come.

5) Monetize. There is no one answer here. You can monetize via Patreon — earning money from the fans themselves. You can sell ads or do a deal with a partner who sells them for you (assuming you have enough listeners). You can sell the show to a “walled garden” platform that’s subscription-supported, not ad-supported. You can also do it for fun without any expectation of profit. More people should accept that this last option is perfectly acceptable. We all have hobbies. Podcasting could be yours.

Listen Up! Emerging New Social Good Podcasts Devoted to Inspiring Us to Give More – #GivingTuesdayPodcasts

Fire Up Your Podcast Interview! See How To Let More Unique Influence And Passion Glow With Connie Benjamin Of My Fire Within Radio